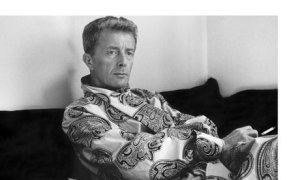 Paul Bowles, The Art of Fiction No. 67

I’ve read this before several times, I think. I don’t know what drew me to it today, but it might be a longing for something foreign. Life in Tangier as an American ex-pat qualifies. In it, I’m drawn today to Bowles’ admission that he has no ego, no ambition. And that if he did, he would have returned to New York. He also states that he never thought of himself as having a career after he quit his career as a composer. He never thought of having an unconventional marriage, and it was never discussed with his wife, Jane. He never thinks or plans, but allows things to happen to him. He writes from a place, he says, that is not himself. He doesn’t own what he writes. And everything he writes is completely fabricated, he says. He doesn’t model characters after people he knows. He doesn’t write if he doesn’t feel like it.