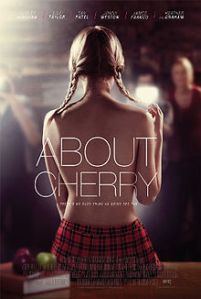 I finally got to watch Stephen Elliott’s directorial debut last night. I’d been anticipating it for a while as a fan of his site, The Rumpus. But when I read the reviews, I was turned off slightly and I waited.

After sitting through the whole thing, I have no idea why it got such terrible reviews. Maybe because it’s not the classic “descent into hell” that viewers might expect of a story centered around a young girl entering the world of porn. Nor is it this fantastic 1970s sexual playground of freaks and outcasts like in Boogie Nights. It’s actually pretty down-to-earth, pretty real. Not sugarcoated, but not totally gritty, either. I liked watching the characters, and I cared about all of them. The acting was great from everyone—Ashley Hinshaw, Dev Patel, Lili Taylor, Heather Graham, James Franco, Diane Farr and others. I think the direction and cinematography were good, too. For a debut, I think it’s a pretty strong one. And for something from IFC Films, I think it’s exactly what I’d expect from them. Good story, well-acted fleshed-out characters, in a world outside the mainstream.