I just read this interview over at Bookslut with Dennis Loy Johnson of Melville House, and I’m thrilled that they’re publishing a Heinrich Böll series. Böll’s books are out of print, though I’ve read them from the library and found a copy of Billiards at Half Past Nine on somebody’s stoop for free a few years ago. That book compelled me to read as much of his writing as I could. A Soldier’s Legacy and The Train Was on Time were two others that shook me. The main reason is that it’s post-WWII fiction from the defeated German perspective, and I found that fascinating. It’s not a perspective that’s usually presented, and Johnson alludes to that in this interview. He also draws parallels between the current-day U.S. and post-war Germany, which I don’t think is a stretch. I feel the strong sense of “aftermath” he’s talking about. 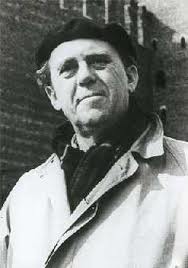 I'm a fiction author, a poet, a magazine editor and a sax player. View all posts by jtsullivan