I’ve always wanted to be in Mexico for the Day of the Dead, and I just remembered it again today, seeing it on the calendar. Specifically, I’ve always wanted to be in San Miguel de Allende. It’s the town four hours north of Mexico City where Neil Cassady died. I went there once, in January of 2001, and I got to experience Three Kings Day, on January 6. There was a huge festival and people in a procession through town. There were also representations in windows and storefronts of the Three Kings coming to visit the infant Jesus with their gifts from the Far East. The people of San Miguel really did it right, I thought. I hear that the Day of the Dead is pure craziness there. I have to get there soon for this, and I don’t want to forget about it again next year.

One other thing I experienced on my January trip there was San Miguel Poetry Week. One of the readers who I thought was totally outlandish and weird was this guy named W.D. Snodgrass. He was reading some poem with his wife, and they had a slide projector and were making bird sounds. I can’t remember what the slides were. Probably birds. A year or two later, I bought a literature anthology from the Salvation Army, and there was W.D., again. One of his poems was included. This year I’ve been reading about the poet Anne Sexton quite a bit, and there’s W.D. again. I guess he was her mentor before she left this world in the ’70s. It’s funny to me how this guy who I had little taste for at the time keeps popping up in these very notable places over a span of nearly a decade. Now, years later, I regret that I didn’t know what I know now, and go up to W.D. and talk to him in that relaxed mountain setting of central Mexico. He probably would’ve had some good things to say. Or maybe he would’ve just made bird calls at me. 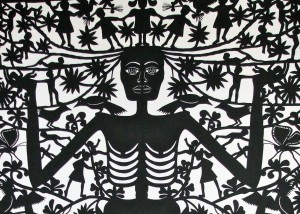