And here we are at The Grand Victory, now closed since July. Thanks again, Solarstorm2011. 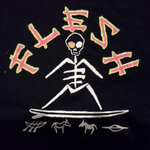 We’re back to the stage for the first time since the fall, next week with a March 31 show at The Grand Victory. Brough to you by Scenic NYC. Doors at 7. Tell everyone you know.

A couple of videos from our 11/30 show at The Grand Victory. Enjoy!

We’ll be taking the stage around 9pm on Monday the 30th at The Grand Victory in another Scenic NYC show. Big Band, Les Bicyclettes Blanches and Telecommunists are also on the bill. C’mon out!

Our next big show is September 1, on night one of Youthquake’s four-show September residency at The Grand Victory in Williamsburg. We’ll be on at 10pm. $9 cover. Don’t miss it!

We’re opening at The Grand Victory for Daikaiju, along with Supertones and The Shipwrecks, in a surf-rock extravaganza from Scenic NYC. Doors are at 7, and the cover is $10. We’ll be on second, probably around 8:30, I’m guessing.

Show starts around 9 (245 Grand St. in Williamsburg), and we’ll be opening for the very cool Haunted Horses from Seattle. Check out a clip.

You may’ve heard of Bow Wow Wow. Their hit, “I Want Candy,” was a staple of early MTV, and it was featured in Sofia Coppola’s film Marie Antoinette. We’ve landed a spot opening for these guys on March 4, and we’re totally stoked. Doors at 8, I believe. The Grand Victory, 245 Grand St., in Williamsburg. Youthquake and Les Bicyclettes Blanches are also on the bill. $20 cover.

We’ve just confirmed a show on  Tuesday the  19th at The Grand Victory. I’m guessing doors are around 7, and show starts at 8. 245 Grand St. in Williamsburg, between Driggs and Roebling. Thanks again to Robert Johnson, who’s booked us there for this show, and many times before.